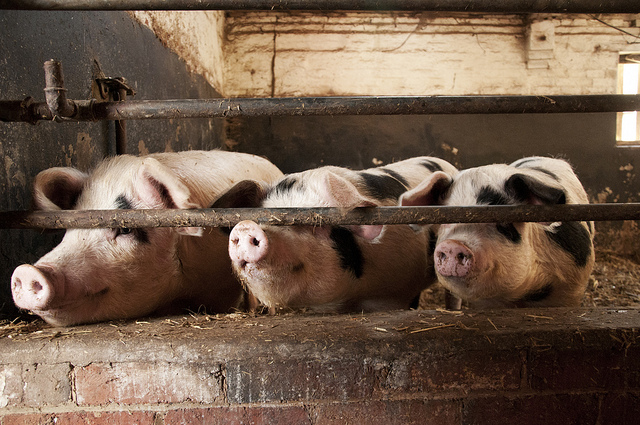 The purpose of this blog post is to collate relevant pig data for England courtesty of Rural Business Research. Data has been presented for different time series in order to show the key changes. The following figures clearly portray the dramatic structural change that has taken place in the industry during this period.

Table 1.1 shows the pig population in England according to the June census data. Data for the three years 2008-2010 is presented together with historic data for 1990 and 2000 as a comparison.

Indeed, of the total recorded for 2009 only 1,462 holdings would be classed as commercial according to the Census definition. (For Census purposes commercial pig farms are defined as having either more than ten sows or more than 50 pigs.) In other words only one-half of the pig farms recorded in the Census are deemed to be commercial holdings.

The figures for sows and boars generally match those of clean pigs except that in 2001 there was a sharp decline in slaughterings due to the impact of FMD.

The number of pigs slaughtered in 2009 was the lowest recorded at 6886 thousand but in 2010 the number had increased by 6% and was the highest recorded since 2002. Not shown in the table is the average carcase weight. Figures for the UK indicate that the carcase weight of clean pigs averaged 70kg in period 1998-2000 and had risen to 77kg by 2009. In other words carcase weights have increased by 10% in the last decade.